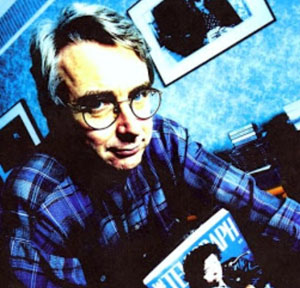 I NEVER thought for one minute that a life-long obsession with music legend Bob Dylan would collide head on with my 30 year career as an investigative journalist.

But it has done… in the most unexpected way imaginable.

It is a story of a common love, friendship, a sudden and tragic death and an ongoing murder conspiracy.

A conspiracy which may touch the highest levels of British society.

My love and obsession with Bob Dylan has now spanned more than 40 years.

But it was back in 1987-88, while I was hospitalised in Cardiff with cancer, that a new world of Dylan was unexpectedly opened to me.

And with it an equally unexpected friendship.

To while away the hours and weeks of radiotherapy, my mother bought me a copy of Robert Shelton’s definitive Dylan biography No Direction Home.

I consumed the book in a couple of days. And while meandering through the appendices I noted mention of a quarterly Bob Dylan fan magazine, simply titled The Telegraph.

With an annual subscription of just £10, including delivery, I wrote off and subscribed to the magazine instantly.

And so began the expansion of my world of Bob Dylan and an enduring friendship with the magazine’s editor John Bauldie.

John was an ebullient personality, sometimes sounding dour with his native Lancashire drawl, but always enthused by anything to do with Bob Dylan and his hometown football team Bolton Wanderers.

And as a fellow journalist, we automatically had a lot in common.

John was one of the world’s foremost authorities on Dylan’s music. He wrote several key books on him as well as – since 1981 – editing and publishing the superb Telegraph.

Yet there was nobody less like the stereotyped “anorak” than John.

A former lecturer in English literature he was a dapper and cultured man, who brought a well-rounded intelligence to his quest.

His vocation was to amass the data and win for his hero the serious appraisal due to an outstanding 20th century performer.

He only met Dylan once, and that was by accident.

Following a US tour, he was passing the singer’s tour bus when Dylan sauntered out.

The two men held a brief and genial conversation, in the course of which John won a much prized endorsement for his magazine.

“The Telegraph?” Bob murmured. “I seen a few issues of that. It’s pretty interesting.”

That was all the recognition that John required.

Then in 1987 – coinciding with our first contact – he left his teaching days behind him and joined the small team at the newly-launched Q magazine, as a sub-editor.

Meanwhile, I quickly became a regular contributor to The Telegraph and would often engage in long telephone conversations with John at his home in Romford, swapping his immense knowledge of Dylan with my suggestions for magazine lay-out, typography and style.

He seemed like a god to me and was always the first person I turned to for tickets to Dylan gigs – usually after he broke the news of the great man’s next tour.

John loved to travel with his longstanding partner, Penny Garner, and would invariably plan his year around Dylan’s interminable tour itineraries.

And he always cut a memorable figure at those gigs. You’d spot him, immaculately turned-out in his camel-hair coat as he shared his insights and a few drinks with fellow fans.

And it was wholly due to John that I joined him on a flight to Brussels in the summer of 1989 to follow Bob Dylan around Europe, and witness Dylan’s greatest gig at the Statenhal in Den Haag.

When I moved to Scotland in late 1990 to begin a full-time job as a newspaper editor, our telephone conversations became less frequent, but we still had time to meet for a chat before Dylan’s gigs at Glasgow’s SECC in February 1991.

And my quarterly copy of The Telegraph still arrived promptly every three months.

So, it was in total shock and disbelief when I discovered that John, aged just 47, had been killed in seemingly freak helicopter crash in Cheshire.

It was the same crash which killed Chelsea multi-millionaire vice chairman Matthew Harding and three other people on 22 October 1996.

Harding had given John a lift in his private helicopter to watch his love Bolton Wanderers, defeat Chelsea in a Coca-Cola cup tie at Burnden Park.

Ironically it was their mutual love of Bob Dylan which first brought John and Matthew Harding together.

Some months later I wrote to John’s widow Penny, expressing my condolences and deep sadness at John’s death.

Penny replied almost immediately and I have treasured her hand written letter for the past 20 years.

And there my grief and memory of John Bauldie should have remained.

But, last month my investigative senses were stimulated by a chance conversation with another Dylan fanatic at record fair in my local town.

He told me that Penny had died homeless and destitute a few years after John’s tragic death, and both their deaths were not as they might seem.

On arriving home I quickly found online a copy of the official report into the helicopter crash which took John’s life.

The report, dated November 1997, said that the pilot of the twin-engined French Aerospatiale AS 355F1 Squirrel had neither the qualifications nor experience to control the aircraft after it got into difficulties.

Michael Goss, 38, had gone off route on the night of the crash and headed for an area of high ground which a weather forecaster had advised him to avoid.

The report said that after taking off from Bolton after the match, the flight had to operate below an overcast cloud layer which was below the minimum safe en-route altitude.

But, 20 years later there are now allegations that Matthew Harding and his fellow passengers died, not because of an incompetent helicopter pilot, but because of their knowledge of police and local council corruption in property development schemes within the London Borough of Havering.

And it was the friendship between Harding, John Bauldie and his partner Penny, which now may explain the conspiracy surrounding their deaths.

Penny Garner was a Biology lecturer at Havering College of Further and Higher Education – not far from her and John’s home in Romford.

She prepared her students for their A-levels and future careers in Medicine, Dentistry, Pharmacy and Industry.

During the mid 1990s Penny witnessed criminal issues at the college, created in a failed attempt to close the college for property development.

She struggled with these issues not least due to the wayward management of a faculty head who failed to deal with staff who had purchased a machine gun with live ammunition on college premises.

The machine gun was fired on college grounds with a resulting flood of calls to Havering police.

The college had a large number of students from Irish backgrounds and with the Northern Ireland troubles still flaring many feared there might be links to IRA terrorism.

But witnesses later swore that a Conservative councillor encouraged the sale of the machine gun at the college, via a third party intermediary resident in Lake Rise, Romford.

The gun was later resold, by a science technician in Penny’s faculty, who was encouraged by a well-known local Tory activist involved in the property development plans.

Allegations soon surfaced that the firearms sales, random assaults and thefts were part of a dirty tricks campaign by local Conservative activists and councillors in attempt to close the college.

There were further allegations that their friends in the local police had full knowledge of this campaign.

Penny made John aware of these events.

John and his editorship of The Telegraph was already being investigated without just cause in an attempt to find “dirt” against those opposing the closure of the college for property development.

The corruption involved was such that the attempt to close the college was stopped for fear of official enquiries into the conduct of the Romford, Hornchurch and Upminster Conservative Parties and associates in Havering Borough Police station.

Shortly before his death, John told Matthew Harding about the events at the college. Matthew Harding took a keen interest to find out more and promised to look into the matter.

Harding also had a political axe to grind as he disliked the Conservative Party and recently donated funds to Tony Blair and New Labour.

But the conspiracy gets deeper…

Just two years ago it came to light that murdered BBC Crimewatch host Jill Dando had been probing the death of Matthew Harding and his four friends.

Ms Dando was gunned down on her doorstep in Fulham, south-west London, in April 1999. The killer has yet to be caught, but much evidence points to police, MI5 and political corruption at the highest level.

“Jill told me she was investigating the death of her friend Matthew Harding and money laundering claims,” said a BBC colleague.

“She was killed after ignoring two warnings to back off.”

But Ms Guerin was then murdered in 1996 while working on a drugs inquiry in Dublin.

A panicked Harding then repeated his concerns to BBC journalist Ms Dando.

The source added: “Jill told me she had begun investigating Matthew’s death and the concerns he had shared with her.

“Somebody tried to warn her off but she persisted in her inquiries.”

The conspiracy remains unsolved, but as someone once said: “This can of worms only opens from the inside”.