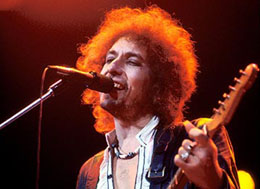 Over the past decade, I can count on the fingers of one hand the times a new musical artist has touched my soul and changed my order of all things.

That is quite a profound statement from someone married to the bone to Bob Dylan, Patti Smith, Joni Mitchell, Paul Weller, and other septuagenarian dinosaurs of rock.

My first new awakening happened in 2004, when a long-time musical friend Michelle Shocked, suggested I look up her New York based pal Mary Lee’s Corvette (aka Mary Lee Kortes).

I ordered Mary Lee’s first two albums – purely on the back of Michelle’s recommendation – and was entranced.

A few months later I hurried along to watch her perform as support to Thea Gilmore at Newcastle upon Tyne’s famous Cluny venue.

I was knocked out and left the gig before Thea appeared, not wishing to dim the experience.

I have since followed and listened to everything Mary Lee has produced and over time, she too has become a good friend.

Check out her whole album homage to Bob Dylan’s Blood on the Tracks if you are not convinced and her new concept album The Songs of Beulah Rowley, is probably one of the most important releases of 2016.

My second enlightenment occurred in 2007 when I happened to go and watch the legendary Fairport Convention at Shrewsbury Music Hall.

Whoosh… these four young women’s playing of their own self-penned songs was mesmerising and their album The Sound of Requiem (which I bought during the interval) didn’t leave my car CD player for the next four weeks.

By various connections, in the May of 2007 I was asked to undertake the PR for the band and a long-lasting friendship was made.

Self-described as indie celery with a side of hummus the girls had already toured with Midge Ure, Jah Wobble and the English Roots Band by the time I first met them.

Whereas most girls in their early 20s may be star-struck by the likes of the Arctic Monkeys or Robbie Williams, Tiny Tin Lady were happy to admit that meeting Robert Plant was one of the highlights of their career, who walked into their dressing room after seeing them perform with Fairport.

The Sound of Requiem, released in 2005, had received rave reviews from the music press. Soon after I met the band, the girls began work on their second album Ridiculous Bohemia.

Released in 2008, it remains one of my favourite ever albums, and the song Fall Into Line is simply amazing.

The band split in 2010, but their bass player Helen Holmes has remained a best friend, soul mate and constant source of inspiration.

The next surprise addition to my music catalogue came just last Christmas at a mega concert for Labour leader Jeremy Corbyn.

The event was four hours of pure musical pleasure. But the surprise was a singer and guitarist in Paul Weller’s band called Steve Pilgrim, who was given the space to perform four solo numbers.

One of these songs, which he dedicated personally to Jeremy Corbyn, was Explode the Sun – one of the most amazing numbers I have ever heard.

Steve was originally the drummer for The Stands who were part of Liverpool’s Bandwagon scene in the early 2000s. After leaving the band he played with The Cuckolds and began work as a session musician playing with artists such as Akeboshi and Sophie Solomon.

Steve then went on to drum for Paul Weller joining his band for the 22 Dreams tour and played on the album Wake Up the Nation (2010).

But this drummer also began establishing a career as a singer-songwriter, releasing three amazing solo albums Lover, Love Her (2007) Sunshine (2009) and Pixels and Paper (2011) – on which Explode the Sun appears.

So within two weeks of first seeing Steve on the Brighton stage, I bought all three of his albums and have already pre-ordered his new album Morning Skies, scheduled for release next month.

For this stripped back and intimate acoustic album Steve enlisted the help of two of his mates from the Brighton gig: the legendary double bass player Danny Thompson and Paul Weller on keyboards.

If you are already familiar with Steve’s work this album is his most melancholy, the most honest and most intimate work to date. Pure musical joy.

The stand out song is the title track, which is simply sublime.

Believe me, this guy is worth listening to!

And so that brings us up to date… well, not quite.

Now for the newest and latest addition to my personal play list, and what a find she is!

Through an accident on the social media picture messaging board Instagram, I stumbled across Canadian born – but LA based – singer-songwriter Lindsay Kupser, and what a discovery!

A graduate of Berklee College of Music where she studied Jazz Composition and Performance, Lindsay is a significant and unique musician, with a naked sound reminiscent of the aforementioned Steve Pilgrim, or a young Joni Mitchell.

Her first album The Boston EP, was recorded in February 2014, after she graduated from Berklee and each of the six songs have a certain jazz feel – such is the comparison to Joni Mitchell.

The song It Hurts, is a number I keep playing – just beautiful.

Lindsay’s second album Quiet Songs was released in 2015 and recorded live in the studio. It is an emotional and musical gem.

The album opens with the wonderful All of my Bones Broke on Thursday Evening, a nu-acoustic song of brutal observations on love and heartbreak.

“I don’t want to take her picture, she needs it to breath,” she sings… wow!

The stripped down soundscape continues with Couldn’t Move to Brooklyn where Lindsay sings about her decision not to follow so many young artists and make the well-worn pilgrimage to Brooklyn in New York.

“Pour on the Turpentine and ignite the flame, I’m not afraid of the light or the pain,” she sings on It Is My Turn, a mournful ballad, with the stunning refrain: “It’s my turn and I want to get burned”.

The song is already a classic.

On Tough Country we get a snatch into Lindsay’s childhood memories, as she describes her Calgary childhood home while sitting and observing old photographs. It is sweetly reminiscent of Michelle Shocked’s Memories of East Texas.

The five-track Quiet Songs concludes with Everything Feels So Hard Always, beautiful reflection of the difficulties of big life decisions.

Look out for this woman… her songs might just change your life.