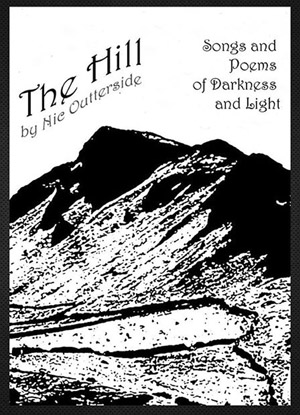 A multi-award winning UK writer is celebrating the success of his latest chart-topper by offering his first two poetry books at new discount prices.

He began the slow road to recovery under the watchful eyes of his doctor and the support of his family. Part of the therapy was for him to begin writing and talking about the life experiences which had led to his breakdown.

His first paperback book The Hill – Songs and Poems of Darkness and Light, published in November 2014. It was met with international acclaim and the first 1,000 print edition sold out.

In May 2018 he published a sequel Another Hill – Songs and Poems of Love and Theft.

Now following the stunning sales of his most recent book Death in Grimsby – 50 Years Following Brighton & Hove Albion, Nic has decided to discount his first two books to open up his other work to new readers.

“When I released The Hill in November 2014, I was struggling to get back to a life of sorts and fighting my way out of a corner,” explains Nic.

“By the time Another Hill – Songs and Poems of Love and Theft was concluded I was so far out of the corner you wouldn’t find me.

“Then when Death in Grimsby stormed up the Amazon sales charts this summer to reach #2 I realised I had exceeded any expectations of life I may have had six years ago, and had at last found my way home.”

The Hill – Songs and Poems of Darkness and Light

Another Hill – Songs and Poems of Love and Theft

The Kindle e-book is available at just £2.00

A Kindle e-book edition is available for £3.00 at: www.amazon.co.uk/Death-Grimsby-Following-Brighton-Albion-ebook/dp/B07T4VMJRQ/

All books are also available on other Amazon platforms

I. McMahon
Me and My Anatomy
Fissured Reveries

An attempt to bring together my scrambled thoughts.