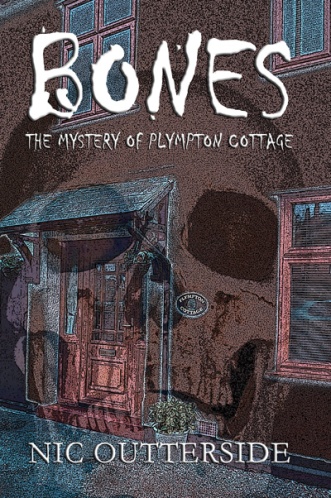 A NEW book lifts the lid on the strange history and unexplained incidents within a small cottage on the outskirts of Whitchurch town centre.

Set within just 18 months of the author’s life, the book has been painstakingly researched and written over a period of a further five years. It features the expert opinions and testimonies of more than a dozen eye-witnesses, university professors, academic researchers, spiritual advisors and paranormal experts.

Nic explains: “Until 2013 I did not believe in any so-called hereafter nor did I believe in ghosts or spirits.

“I had been an investigative newspaper journalist for more than 28 years and by the very nature of my work had to deal in hard proven facts.

“But all that changed when my family and I moved into Plympton Cottage at the foot of Tarporley Road in Whitchurch, Shropshire in June 2013.

“Even two weeks before we actually moved our furniture and belongings into the house, weird and unexplained things began to happen.

“Then from the moment my wife broke her leg in a hidden hole in the garden less than 20 minutes after the removal van arrived right up to the Christmas of that year, each day was potted with what I can only describe as paranormal activity.”

But a eureka moment was yet to come…

“By chance on Monday 13th January 2014 I discovered that seven unidentified skeletons had been found buried in the grounds of our home,” says Nic.

“The unexplained occurrences in the cottage did not cease, but now we began an investigation as to when the bodies were buried and what became of the skeletons, because no-one seemed to know.

“My book documents not only the 18 months we lived in Plympton Cottage but also the investigation which followed.

“The whole experience changed my way of thinking and believing entirely. Now I know there is something paranormal in our world which we do not yet understand and which I cannot begin to explain,” he adds.

Bones – the Mystery of Plympton Cottage is now available as a large format paperback from Amazon priced £7.99 ($9.94)

Bones – the Mystery of Plympton Cottage will also be available from selected independent book shops and by direct mail order in January 2020.

A formal book launch will take place in Whitchurch on 31 October 2019 (Halloween).