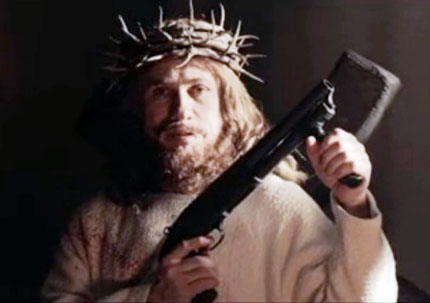 THREE years ago, Conservative Prime Minister David Cameron declared that the UK is a Christian country “and we should not be afraid to say so.”

He called for a revival of traditional Christian values to counter Britain’s “moral collapse”.

Then last December his successor as Prime Minister, Theresa May called on the nation to take pride in British Christianity.

“Let us take pride in our Christian heritage,” said vicar’s daughter Mrs May in her Christmas message.

Both were re-treading the same political road of former Tory Prime Minister John Major and his ill-fated “Return to Victorian values” of 20 years earlier?

All three seem stuck in a time warp, where they appear out of touch with 21st century reality.

In the 2011 census 59% of residents of England and Wales described themselves as Christian when asked “What is your religion?”

Although the total number of Britons who described themselves as Christian had fallen by more than six million since 2001, the fact Christianity still constitutes a majority is “really, really significant”, said Christina Rees, a member of the General Synod, the highest governing body of the Church of England.

But, Andrew Copson, chief executive of the British Humanist Association, says the census question is “flawed” because it assumes the respondent has a religion in the first place.

The 2013 British Social Attitudes Survey reported that 48% of respondents claimed they did not belong to any religion.

The proportion of people who described themselves as belonging to the Church of England was just 20%, down from 40% in 1983.

“Any politician or government that tried to make Christianity and Christian beliefs the foundation of British values or social morality would be building on seriously unstable foundations,” says Mr Copson.

And there lies the nub of it.

For all Christians their holy book the Bible is their foundation.

Most Christians believe the Bible is a direct communication from God to man.

But in reality the Bible is a man-made collection of mythology.

It was not handed to mankind by God, nor was it dictated to human stenographers by God.

The Bible, as we know it, was voted to be the word of God by a group of poorly educated men during the 4th century.

Constantine the Great (274-337 AD), who was the first Roman Emperor to convert to Christianity, needed a single canon to be agreed upon by the Christian leaders to help him unify the remains of the Roman Empire.

Emperor Constantine offered the various leaders money to agree upon a single canon that would be used by all Christians as the word of God. The Church leaders gathered together at the Council of Nicaea and voted the “word of God” into existence thereby dismissing any books which created doubt about Jesus being the divine son of God.

They didn’t finish editing the holy scriptures until the Council of Trent when the Catholic Church pronounced the canon closed.

So the real approving editor of the Bible was not God but Constantine.

And thus a Roman Emperor had created a way to use religion to enslave millions of people.

So where does that leave Christianity today?

Most Christians don’t know why they should believe that the Bible is God’s word.

That’s because they’ve been socially and psychologically engineered to assume that it’s a given fact, just like the sky is blue and the grass is green.

That’s why in their normal line of thinking they would never question why they should believe that the Bible is God’s word.

One of the main reasons they don’t question the Bible’s divine inspiration upon their conversion into Christianity is due to the incredible promise of eternal life which they are offered for free just for believing.

Their left brain never stops to analyse what they’ve been preached.

Preachers and evangelists often use sentiment, emotion and touching stories to convert people, rather than reason.

What followers of Christian fundamentalists don’t know and never realize is: nowhere in the Bible does it claim that all 66 books are God’s word or infallible.

The doctrine of Biblical inspiration and infallibility was made up by Christian fundamentalists to create an artificial foundation for their faith.

In fact, many of the authors of the Bible had no idea that their books would be canonized into an “infallible word of God” book.

Even in Paul’s epistles, he made it clear that he was writing personal letters, not dictating infallible words from God.

The doctrine of Biblical infallibility was not a central tenet of Christianity until early in the 20th century when the theory of evolution began to be taught as fact in classrooms.

It was then that the Christians countered with this doctrine.

Not only did it protect Christian tenets from the danger of Darwinist teachings, but it served other purposes as well.

Without the doctrine that the Bible is infallible and that every word of it is of God, it would put question marks on every verse.

Anyone could then pick and choose which parts of it they wanted to be God’s word and which they didn’t, and that would greatly undermine the authority of it.

So this doctrine is necessary to keep the religion intact.

Otherwise, Christians themselves would not be able to feel secure and confident that every verse in the Bible could be trusted.

Now, compare the man-made origins of Christianity and its various dogmas to the simplicity of Deism.

Deism is belief in God based only on reason and the creation itself. It makes no claim to false revelations as all of the “revealed” religions do.

To Deists, proof of the Designer is in the design.

On May 12, 1797 while living in France famous Deist Tom Paine wrote the following letter to a Christian friend who was trying to convert Paine to Christianity: “By what authority do you call the Bible the Word of God? for this is the first point to be settled.

“It is not your calling it so that makes it so, any more than the Muslims calling the Koran the Word of God makes the Koran to be so.

“The Popish Councils of Nice and Laodicea, about 350 years after the time the person called Jesus Christ is said to have lived, voted the books that now compose what is called the New Testament to be the Word of God.

“This was done by yeas and nays, as we now vote a law. “The Pharisees of the second temple, after the Jews returned from captivity in Babylon, did the same by the books that now compose the Old Testament, and this is all the authority there is, which to me is no authority at all.

“The Koran says, that God spake unto Mahomet, do you believe that too? No? “Why not? Because, you will say, you do not believe it; and so because you do, and because you don’t is all the reason you can give for believing or disbelieving except that you will say that Mahomet was an impostor.

“And how do you know Moses was not an impostor? “Yet, it is from the Bible that man has learned cruelty, rapine, and murder; for the belief of a cruel God makes a cruel man.

“That bloodthirsty man, called the prophet Samuel, makes God to say, (I Sam. xv. 3) `Now go and smite Amalek, and utterly destroy all that they have, and spare them not, but slay both man and woman, infant and suckling, ox and sheep, camel and ass.’ “That Samuel or some other impostor might say this, is what, at this distance of time, can neither be proved nor disproved, but in my opinion it is blasphemy to say, or to believe, that God said it.

“All our ideas of the justice and goodness of God revolt at the impious cruelty of the Bible. It is not a God, just and good, but a devil, under the name of God, that the Bible describes. “What makes this pretended order to destroy the Amalekites appear the worse, is the reason given for it.

The Amalekites, four hundred years before, according to the account in Exodus xvii. (but which has the appearance of fable from the magical account it gives of Moses holding up his hands), had opposed the Israelites coming into their country, and this the Amalekites had a right to do, because the Israelites were the invaders, as the Spaniards were the invaders of Mexico.

“This opposition by the Amalekites, at that time, is given as a reason, that the men, women, infants and sucklings, sheep and oxen, camels and asses, that were born 400 years afterward, should be put to death; and to complete the horror, Samuel hewed Agag, the chief of the Amalekites, in pieces, as you would hew a stick of wood. I will bestow a few observations on this case. “In the first place, nobody knows who the author, or writer, of the book of Samuel was, and, therefore, the fact itself has no other proof than anonymous or hearsay evidence, which is no evidence at all.

“In the second place, this anonymous book says, that this slaughter was done by the express command of God: but all our ideas of the justice and goodness of God give the lie to the book, and as I never will believe any book that ascribes cruelty and injustice to God, I therefore reject the Bible as unworthy of credit.

“As I have now given you my reasons for believing that the Bible is not the Word of God, that it is a falsehood, I have a right to ask you your reasons for believing the contrary; but I know you can give me none, except that you were educated to believe the Bible. “My disbelief of the Bible is founded on a pure and religious belief in God; for in my opinion the Bible is a gross libel against the justice and goodness of God, in almost every part of it,” he concluded.

American biblical scholar Joseph Atwill claims the story of Jesus Christ was invented as a system of mind control to enslave those threatening the Roman Empire.

Mr Atwill, who is the author of the book Caesar’s Messiah: The Roman Conspiracy to Invent Jesus, asserts that Christianity did not begin as a religion, but was actually a sophisticated government propaganda exercise used to pacify Roman subjects.

His theory is that the New Testament was written by first-century Roman aristocrats and they entirely fabricated the story of Jesus Christ.

Mr Atwill says: “Christianity may be considered a religion, but it was actually developed and used as a system of mind control to produce slaves that believed God decreed their slavery.”

Mr Atwill says that acts of insurrection by Jewish sects, who were awaiting the arrival of a so-called ‘warrior Messiah’ in Palestine, were a perpetual problem for the Roman Empire and that after the Empire had exhausted all traditional means of dealing with the problem they resorted to psychological warfare.

“They surmised that the way to stop the spread of zealous Jewish missionary activity was to create a competing belief system,” he says.

“That’s when the ‘peaceful’ Messiah story was invented.

“Instead of inspiring warfare, this Messiah urged turn-the-other-cheek pacifism and encouraged Jews to ‘give onto Caesar’ and pay their taxes to Rome.

“Although Christianity can be a comfort to some, it can also be very damaging and repressive, an insidious form of mind control that has led to blind acceptance of serfdom, poverty, and war throughout history.

“To this day, especially in the United States, it is used to create support for war in the Middle East,” he observes.

An interesting observation, when one considers that Theresa May’s 2017 Christmas message of: “Let us take pride in our Christian heritage” was made as she paid tribute the UK’s armed forces!