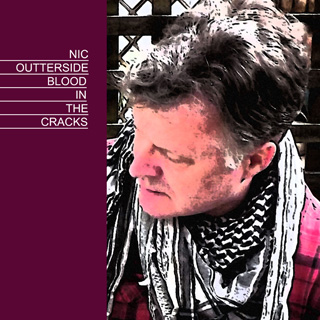 AN award-winning writer and editor has published his life-long labour of love as a homage to his muse, American Nobel prize-winning songwriter Bob Dylan.

The book, Blood in the Cracks, tips its hat both lyrically and in style to Dylan’s critically acclaimed “greatest album” Blood on the Tracks – originally released in 1974.

Nic Outterside is a multi-award-winning journalist and creative author, who over 32 years has worked across all forms of media, including magazines, weekly and daily newspapers, radio broadcasting, books and online.

In 1994, 43 MPs signed an Early Day Motion in the British House of Commons praising Nic’s research and writing.

In 2016 he was awarded an honorary doctorate in written journalism.

Now, after publishing two widely acclaimed books of his own poetry, and editing other poets’ work, Nic is at last releasing what he describes as his “labour of love” Blood in the Cracks.

“The works of Bob Dylan are the soundtrack to my life,” says Nic.

“It is now 45 years since I first came to his music, his words of truthful vengeance and his vignettes of love and theft.

“One particular album, Blood on the Tracks, remains a lyrical and poetic touchstone.

“My soul is forever wrapped within the songs of its entire 51 minutes and 42 seconds.

“Overtly autobiographical, the LP is full of tales of a lover relating a series of unrelated events set in a mythical America. Like a series of impressionist paintings of life itself, the tales are both timeless and without geographical boundaries.

“It’s a world-weary, nostalgic and ultimately a poetic Bob Dylan; and that is what makes Blood on the Tracks so timeless.

“The poetry is in each and every song,” adds Nic.

“So to create my own poetical homage to that album – in places borrowing the patterns of some of Dylan’s songs – is a labour of love and a dream come true.”