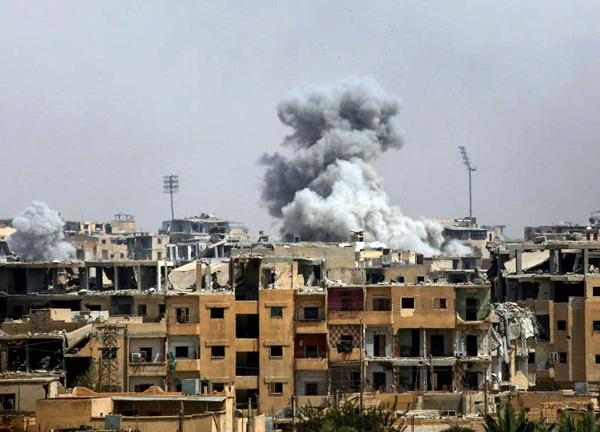 ONE post-election revelation may surprise members and supporters of the Labour Party.

Just seven days after the General Election defeat it can be revealed that 37 of the 66 Labour MPs (56%) who supported David Cameron’s demand to bomb Syria in a Commons Motion on 2nd December 2015 are NO LONGER Labour MPs.

They have quite literally walked away from responsibility with the death of thousands on their hands.

The 2015 debate and vote on whether to extend British bombing of Isis into Syria was high profile and controversial for many reasons.

Labour MPs were given a free vote and allowed to vote according to their views. Most – including the majority of the Shadow Cabinet – opposed the bombing, in line with Jeremy Corbyn.

David Cameron won the Syria airstrikes vote by majority of 174.

But 66 Labour MPs voted with the Conservatives in support of the strikes. When the votes were counted MPs voted 397 to 223 in favour of sending RAF Tornados into the skies over Syria.

Corbyn was forced by divisions in his party to give his MPs a free vote, and a majority of his MPs and nearly half the shadow cabinet opposed the airstrikes.

But his foreign affairs spokesman, Hilary Benn, prompted applause from the Government benches when he gave an impassioned speech in favour of the bombing.

The debate was one of the first tests of Corbyn’s leadership and the voting publically showed those MPs who were prepared to go against him.

Now, exactly four years since that controversial House of Commons vote, it can be revealed that more than half of those pro bombing Labour MPs have gone.

While 10 of them lost their seats in last week’s General Election, the other 27 left Labour for other opportunities either in business or as members of centrist neo-liberal parties.